On December 21, 1965, John ordered a Sterno Radio Telephone and the number WEYBRIDGE 46676 assigned to it.

In 1966, the car had the rear seat modified to convert to a double bed. A custom interior/exterior sound system was installed along with a "loud hailer." Other features that John Lennon had installed at this time were: Sony television; telephone and a portable refrigerator. On January 7, the car went in for a mileage check and the odometer had recorded 6,673 miles and on March 28, that same year, the car clocked in at 11,181 miles. Later, on February 4, in 1967, the odometer would record 29,283 miles clocked on the Rolls-Royce. Interestingly enough, John had his chauffeur and car sent over to Spain in 1966, while he was filming "How I Won the War". It was reported that his Rolls-Royce Phantom V was painted with a matt black overall, which included the radiator and chrome trim.

But John eventually became restless with the "matt black overall" on the car and so in April of 1967, he took it upon himself to visit J.P. Fallon Limited, a coachworks company located in Chertsey, Surrey. He had in mind the possibility of having his car painted "psychedelic". After discussing the idea, J.P. Fallon Limited commissioned "The Fool" -- a Dutch team of gypsy artists, to do the work. They designed and painted a pattern of scroll and flowers on the Phantom V. The cost for having the work done came in at £2,000

John’s newly painted psychedelic car drew some public outrage when a old woman, in London’s downtown, attacked the car using her umbrella and yelling: "You swine, you swine! How dare you do this to a Rolls-Royce." Obviously, the Rolls-Royce is passionately regarded in England as one of the many symbols of British dignity! The Beatles used the Rolls exclusively in their heyday from 1966 to 1969.

In 1970, John Lennon and Yoko Ono had the Phantom V shipped to the United States. The car was loaned out to several rock stars such as the Rolling Stones, the Moody Blues, and Bob Dylan. When the car was available, the Lennon’s seldom used it and so consideration was given to sell it to an American buyer -- but a deal never materialized. As a result, the car was put into storage in New York City.

Then in December, 1977, John and Yoko had serious problems with the United States Internal Revenue. The couple arranged to have a deal worked out where they would donate the car to the Cooper-Hewitt Museum in New York City, a part of the Smithsonian Institute, for a $225,000 tax credit.

From October 3, 1978 to January 7, 1979, the car was put on public display at the Cooper-Hewitt Museum and then returned to storage at Silver Hill, Maryland. There, the car would remain in storage and kept from public viewing for a while. The reason for this was because the museum could not afford the insurance coverage for public viewing on a full-time basis.

On June 29, 1985, the Cooper-Hewitt Museum decided to auction the car off through Sotheby’s. Before the auction began, The Rolls-Royce Phantom V was estimated by Sotheby's to fetch between $200,000 to $300,000 (U.S.). When the car was sold, it pulled in a surprising $2,299,000 (U.S.) and was purchased by Mr. Jim Pattison’s Ripley International Inc., of South Carolina for exhibition at Ripley’s "Believe It Or Not" museum. The purchase of the Phantom V through Sotheby’s resulted it being listed as the most expensive car in the world and installed with the South Carolina license plates LENNON.

Then, in 1993, the car was transferred from the Transportation Museum and sent to the Royal British Columbia Museum in Victoria, British Columbia. Here the car would be kept for secure storage, displayed only for fund-raising and occasional use. The car was serviced and maintained by Bristol Motors of Victoria.

From 9 March 1996 to 15 September 1996, John Lennon’s Rolls-Royce Phantom V was displayed at the National Museum of Science and Technology in Ottawa, with as passenger a sculpture of John by Joanne Sullivan. 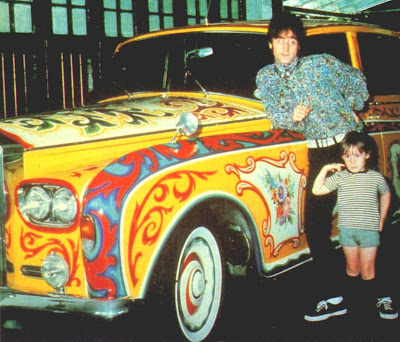 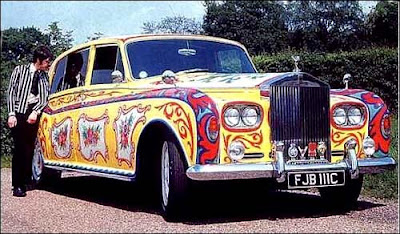 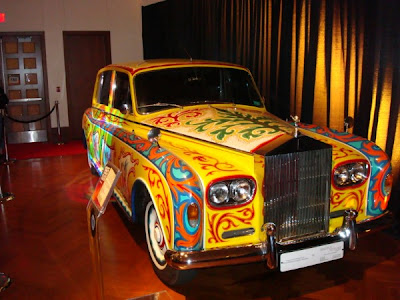 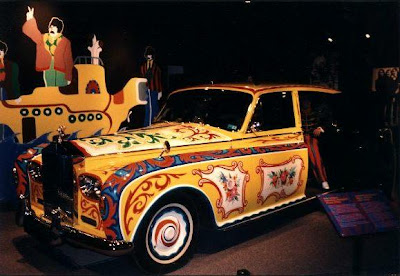 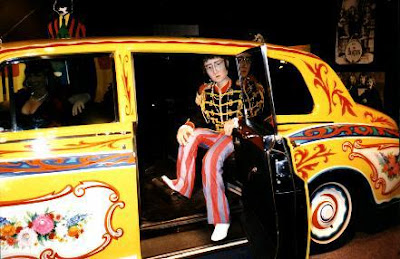 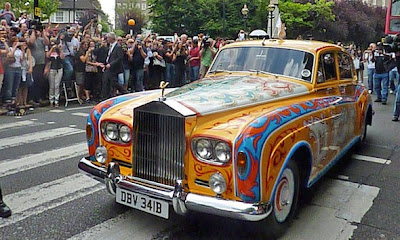 Cars of the Week